Have the preeminent expert in leadership development through inclusion at your next event.

John Gregory Vincent is an international keynote speaker known for his interactive style with the audience.  John believes speaking cannot just inform or inspire but must drive change. With over 100 paid engagements delivered and a 100% “exceeded expectations” from those who hired us proving this approach works. Check out the videos below to see a cross sample of large and small room speeches. Keynotes MUST, inspire, provide tools and specific next steps and create the seeds for lasting change. ALL of this will occur when you book John.

John is represented by one of the world’s largest speakers Bureau’s but through the site you can contact him directly.

Our high octane approach to changing human behavior, through speaking, will energize your next meeting or conference.  Beyond energy, every program is infused with practical, relevant tools your attendees can implement immediately.

SCHEDULE A TIME TO TALK 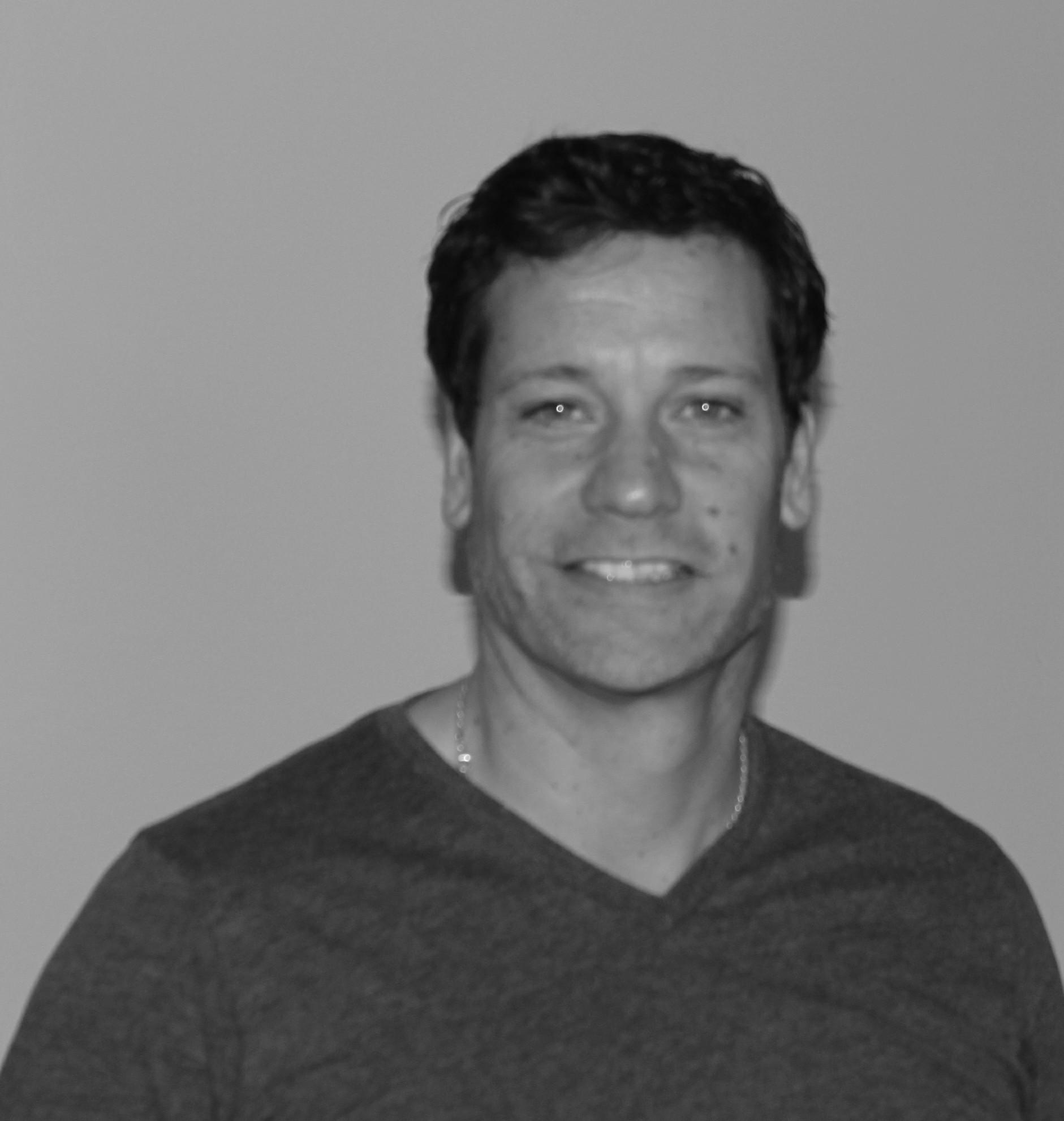 Our most popular program:

Leadership Development Through The Submarine Way Lens of Inclusion

For more than 60 years nuclear submarines have been operating under the oceans of the world without a single nuclear accident. Nuclear submarines are the most sophisticated vessels to operate on earth. Add to this an environment filled with stress, conflict and continuous change of personnel, and the fact that the average age of a submariner is 23 and 80% have only a high school diploma.  It is possible because leaders are developed the minute they step onboard a submarine. Leaders are infused with the knowledge that with an interdependent, collaborative approach to developing people measurable results will consistently be achieved.

The one that started it all. Throw everything you think about inclusion overboard- climb down the hatch and experience true inclusion. All parts of this practical system along with the critical anchors are presented in a practical, relevant, fun and immediately applicable way. You think you know inclusion – not even close.

We incorrectly have been taught all conflict is bad, so avoidance and passive aggression replaces effective engagement. The audience will be taken on a spoken journey, of how to professionally and respectfully confront issues in a manner that leaves dignity intact and grudges dumped in the sanitary tank where they belong.

Onboarding That Truly Gets People on Board!

Our most requested program. On boarding goes far beyond an employee handbook and quick introductions. This is built directly from the 100 year flawless check-in system on submarines that creates inclusion the minute your boots hit the steel deck. You truly do have only one chance to make a first impression and to establish crucial buy in and engagement. Get this wrong and those new hires might be running aground.

Want to ask specific questions? Grab a time that works for you.

SCHEDULE A TIME TO TALK

See a brief compilation of John in action

Our Other Featured Speakers 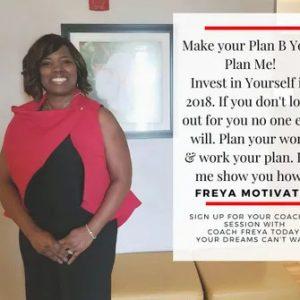 Freya Sullivan Huffman is a native of Waynesboro, Georgia. She is a national speaker who motivates everyone in the room. Freya speaks on The Submarine Way because it will “transform your organization and help you reach the results you’ve been struggling to receive”. Freya attended Clemson University as a graduate  student and earned a Master of Business and Information Technology from  Keller Graduate of Management.  Freya completed the PhD coursework at  Capella University focusing in Education with a concentration in Training  and Performance Improvement. 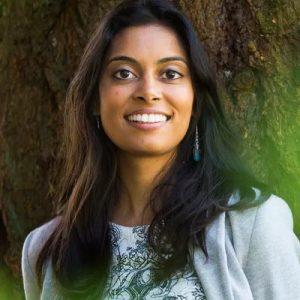 Crystal is a two-time TEDx speaker and is known for her thought leadership in how to modernize organizations for a digital world. Crystal has changed the story around generation gap for thousands over the past 7+ years. As a management consultant, she brings organizations into the digital age, leveling up people strategies in areas such as career development, learning culture, inclusion, leadership development, and employee engagement. Past clients include General Mills, Southern Company, Monster.com, Wells Fargo, and other organizations. She also brings deep training expertise as the co-creator of the Modern Learning Design Process, a new way to think about learning, supported by ATD.

Crystal has a bachelor’s in Chemical Engineering and a master’s in Organization Development. Originally from Austin, TX, she is now based in Atlanta, GA with her husband Jeremy, where they love enjoying time with friends, the outdoors, and immersive experiences. 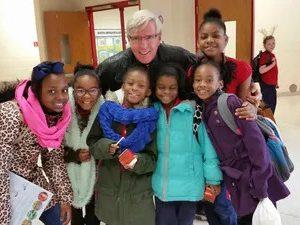 Brad McDonald is a speaker and trainer for The Submarine Way. See a brief video from Brad here.

Brad’s love for the Navy began as a young boy during a ride aboard USS SENNET (SS408), the submarine his father commanded. For the next thirty years he pursued his dream to become a submarine captain.

In 1977 Brad graduated with Distinction from the United States Naval Academy and began submarine training. He served aboard five submarines and in 1994 achieved his dream when he took command of USS L. MENDEL RIVERS (SSN686).

Life came full circle for him when he took his father and his son to sea aboard RIVERS.

During his Naval service Brad deployed throughout the Pacific, Indian, and Atlantic Oceans, and operated extensively in the Mediterranean Sea. He engaged in every facet of Cold War and modern day submarine operations.

Post-Navy Brad owned and operated a sales and leadership training business as a franchisee of Sandler Training, He has trained and spoken to groups of 1-400 participants on a regular basis for over fifteen years and is known for experiential learning and engaging training sessions.

Brad’s passion is helping leaders define and create a culture that reflects their company goals and mission. To do this he discusses the very well defined culture of the US Navy’s submarine service, a culture that was specifically aimed at accomplishing the ship’s mission and bringing the crew home alive and the ship intact.

Brad and his wife Kim reside in Williamsburg, Virginia. Their son Tyler, a 2005 graduate of the US Naval Academy is an accomplished submarine officer and is currently maintaining the family’s status of 74 years of unbroken active Naval service. 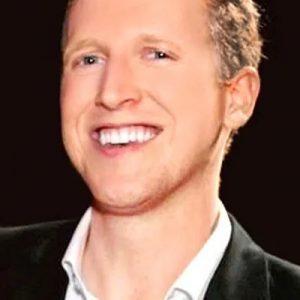 Chris Butsch is a best-selling author, keynote speaker, and globally-recognized authority on the Millennial generation. Driven to help the Millennials (b. 1982-2000) reach their full potential in life and the workplace, Chris published his first book, The Millennial’s Guide to Making Happiness, in 2017, and will publish another book in 2018 to help managers work with Millennials. Chris’ work has been featured in Forbes, Huffington Post, and dozens of other media outlets.

Many of America’s highly effective young leaders aren’t in Silicon Valley or New York, but 500 feet underwater! Combining lessons from both The Submarine Way and his own upcoming book Awesome Boss, Best-selling Millennial author and speaker Chris Butsch trains Millennials how to become the next wave of highly effective leaders and managers.

SCHEDULE A TIME TO TALK
We use cookies to ensure that we give you the best experience on our website. If you continue to use this site we will assume that you are happy with it.I agree